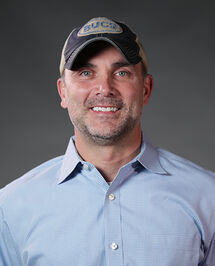 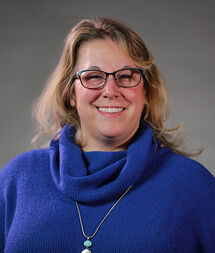 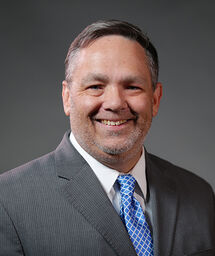 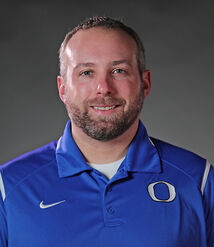 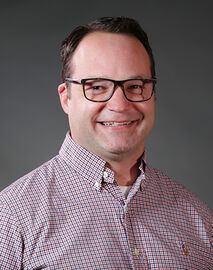 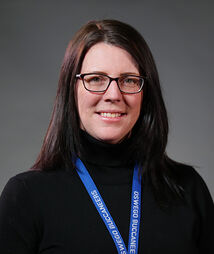 Sean Callen graduated from Oswego High School in 1991 and then attended SUNY Alfred where he received a Bachelor’s Degree in Electrical Engineering Technology. After graduation he moved to Boston. He returned to his hometown in 2007 with his wife Aimee to raise their family and contribute to the community they both grew up in. Sean was very involved in basketball while growing up, and continues to play and coach today. Sean has coached Leprechaun League Basketball for 7 years, both boys and girls travel soccer teams, and coaches a 7th/8th grade girls travel basketball team. In addition to serving on the Buc Booster Board of Directors, Sean also serves as the President of Move Along Inc., an adaptive sports organization founded by his brother, Greg Callen. He also served on the Oswego Harborfest Board for many years.  Sean is the V.P. of Sales and Marketing for CS Automation, a technical sales company in Ontario, New York. He spends much of his free time watching his three children, Matthew, Catherine Rose, and Daniel play youth sports in Oswego.

Cory Brosch, originally from Elbridge, New York, moved to Oswego in 2002. Cory participated in youth softball and soccer and later played softball, tennis and volleyball for Jordan-Elbridge. As her children reached school age, Cory has been active in many school and sports events, including serving as Vice President of the Kingsford Park Home and School Association.  In addition to serving as secretary on the Buc Booster Board, Cory is also an officer for the Oswego Middle School Home and School Association. Cory recently joined the SUNY Oswego Advisory Council and the Trauma Informed Care (TIC) Champions of Oswego County. Cory currently is a mental health counselor and adjunct instructor at SUNY Oswego. Cory and her two sons call Oswego home, along with her husband Frank and his son and daughter.

Eben Norfleet is the Buc Boosters Treasurer and has been on the Board since 2017.  He is a 1988 graduate of Oswego High School and currently serves as a Magistrate Judge in Oswego County Family Court.  He and his wife Kristin have two children in the Oswego School District who are both very active in scholastic and youth sports and music.  Eben is a past President of Oswego Little League where he also served as a manager of numerous teams.  For many years he has also been a house and travel league coach in the Oswego Youth Soccer Association and a coach with the Oswego Youth Basketball Association.

Matt Seubert is an Oswego transplant who has been part of youth sports for more than two decades. Matt grew up in Baldwinsville where he coached and played baseball. Since moving to Oswego Matt has managed Oswego Little League baseball teams, as well as served on the league’s Board of Directors. Additionally, he has been part of Oswego Youth Soccer Association, first as a coach and then as an Academy coach for the Association’s travel teams. In addition to serving on the Buc Booster Board of Directors, Matt is also on the board of the Children’s Center of SUNY Oswego and is the Treasurer of the Association of Fundraising Professional of Central New York. Matt works for AccessCNY of Syracuse, one of Central New York’s largest non-profits where he serves as Associate Executive Director for Communications, Development and Advocacy. Matt, his wife Stacey and two children live in Oswego.

Julie Chetney is a 1989 graduate of Oswego High School. Julie resides in Oswego with her husband Brian and four children, three of which are still in the Oswego City School District.  As the parent of four busy student athletes, Julie has been a supportive Mom on the sidelines of Oswego soccer, lacrosse, basketball, volleyball, swimming, cross country and track and field.  In addition to serving on the Buc Booster Board, Julie also coaches Oswego Youth Soccer teams with her daughter Claudia and coaches “Doing It Our Way” Soccer clinics for children with disabilities. She is a founding member, past president and current board member of the Oswego County Autism Task Force.  Julie is also the Co-president of Kingsford Park Home and School Association. Julie is also the race director for both the “Out Run Autism” 5k, and Buc Booster “Go Bucs” 5k. She also serves as a parent representative and spokesperson for Juvenile Diabetes.  Julie has worked for St. Luke Family of Caring for 23 years, where she currently serves as Director of Senior Services.

Susan Lester DiBlasi is a 1987 graduate of Oswego High. She’s a life-long Buc who played varsity soccer, volleyball and softball.  She went to Geneseo State to play volleyball, but her true love is working in athletic training.  She served the athletic teams at Geneseo as a student trainer for four years. While transitioning to graduate school Susan spent two years as the Assistant Volleyball Coach at SUNY Oswego. In 1995 she graduated from The University of Florida with a Masters of Science in Exercise Sport Science. Returning to Oswego was unexpected, but a blessing. Susan has served as the Buccaneer athletic trainer and as the Co-Head Athletic Trainer at Oswego State. Her athletic training role was reduced with the birth of her children. Currently Susan is a Visiting Assistant Professor in Health, Promotion and Wellness at Oswego State and an as needed athletic trainer.  She has continued coaching and loves it, but her favorite past-time is watching her kids play the sports they love!

Josh Lerch came to Oswego in 1999 after spending time playing various sports at Shenendehowa High School in Clifton Park. He graduated from Fayetteville-Manlius High School, lettering in both swimming and volleyball.  Josh competed at the National Level as a member of SUNY Oswego’s Swimming and Diving Team and set several school records and one conference record in his college tenure.  In 2000 he began coaching for Oswego Laker Swim Club, a USA Swimming Team.  In 2008 he took over as Head Coach of the program and remained so until stepping down in 2017.  Josh is currently the Head Coach of both the Oswego High School Girls (2005-Present) and Boys (2011-Present) Varsity Swimming and Diving Teams.  Josh and his wife Lauren, along with their son Nicholas, live in Oswego.